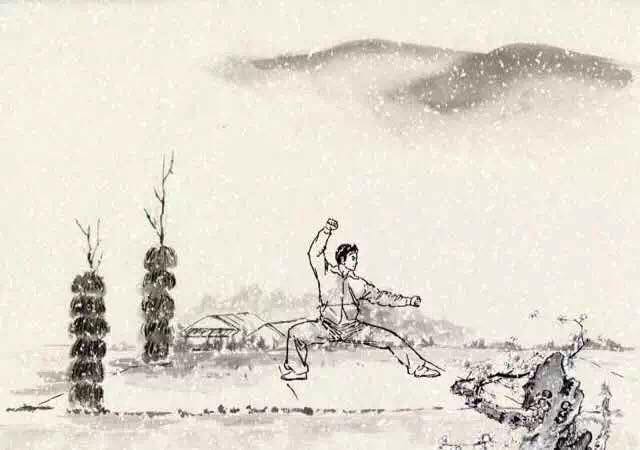 China is the hometown for martial arts and due to historical reasons(the last 100 years) a lot of traditional styles are not well known to the world(For example, a lot of practisers do not know Karate originally means “Chinese Hand(唐手)”, [1][2][3] instead of empty hand)

Meihuazhuang is another China originated martial art which has a named history of 400 years (the origin dates back much longer, even older than Taichi and Wingchun). The trainings focus on improving the inner state of the practiser (Jing, Qi, and Shen, which is the spiritual strength) and are composed of Jiazi (meditation with fixed body position and dynamic steps) , Chengquan (harmonic attack and defend, wrestling and grappling), Qixie (weapons), Qinna(wrestling and grappling with joint lock) and various auxiliary trainings. It aims at improving the health status both physically and mentally and building up self-defence skills.

Meihuazhuang is deeply rooted in traditional Chinese culture and philosophy which is a delicate Dao. This unique sport and art is widespread in Europe: which reinforces the friendship among people from different countries, as well as offers a perfect cultural diversity.

The meaning of Meihua is plum blossom which bloom in the coldest winter time in China, a metaphor for persistence and self-reliance in face of difficulty, while zhuang means stump, which is a basic training method also found in Tai-chi, Wing-chun, etc.

To get an idea how Meihuazhuang look like, see our gallery

About us in Munich

We are a local group of the European Meihuazhuang Association

Training Time and place in Munich Click here to see